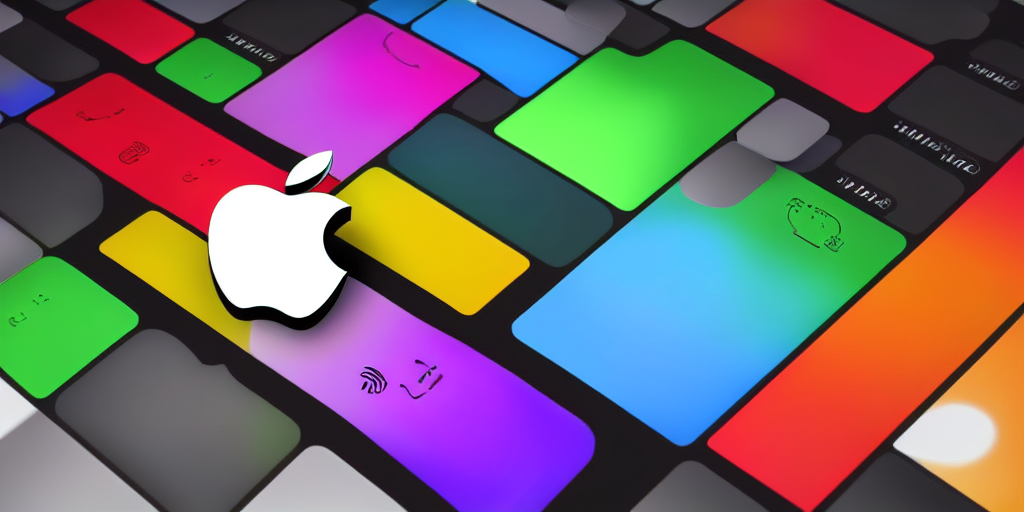 I had my hands-on a magnificent device this week — a remote. But this isn’t just any remote, it’s one of the most beautiful devices I’ve ever held in my hand. It’s the Apple Remote. 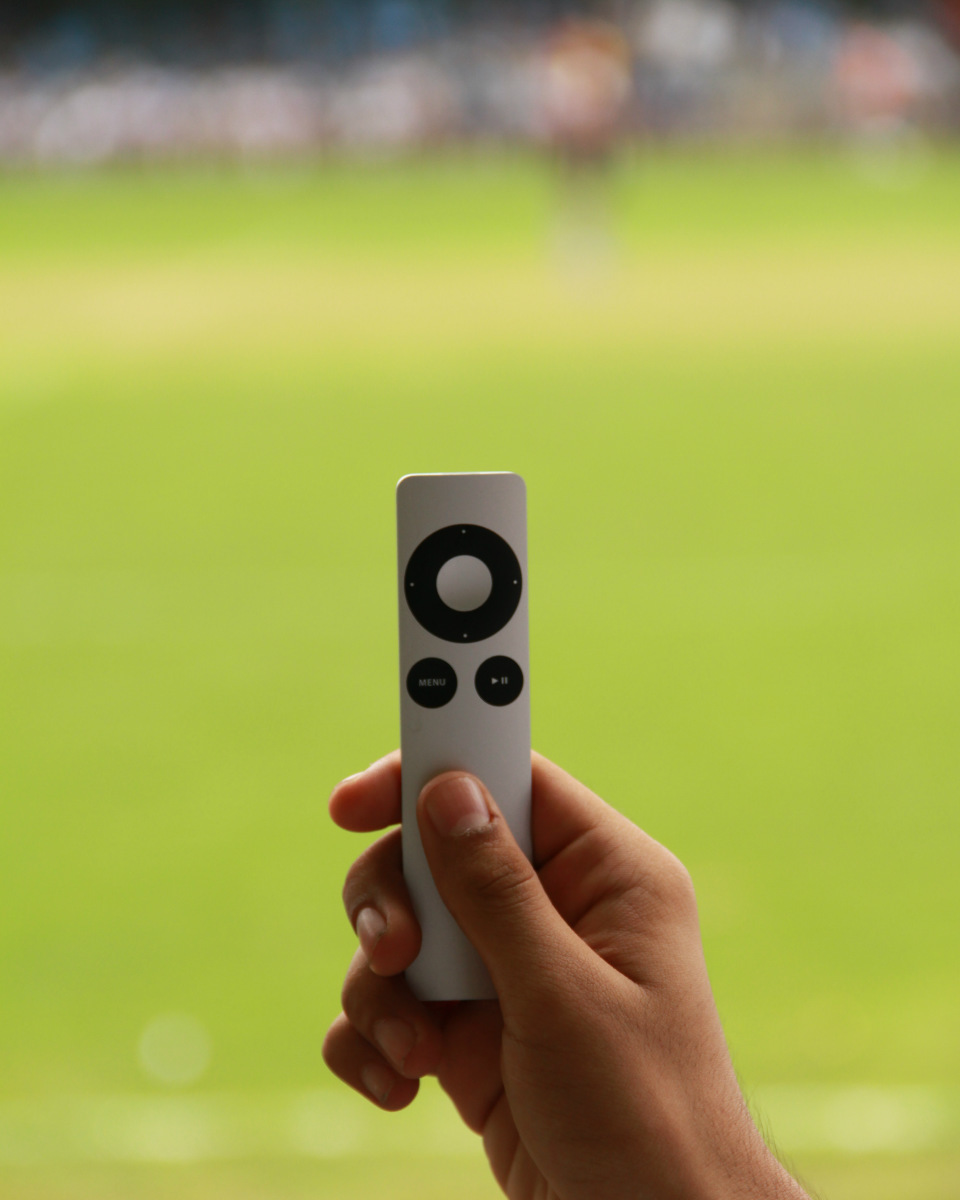 When the Apple TV debuted back in 2007, it really had a new vision for televisions. Even with the original Apple TV, you could rent high-def movies or purchase TV shows, music and videos from the iTunes Store, with the addition of YouTube videos. Further, you could enjoy digital photos from your Mac Web Gallery, Flickr, Mac, or PC.

When the second generation Apple TV came out in September 2010, it had a competitor—Google TV—which came out about two months before it.

Google’s product, too, wanted to combine live TV with internet content, and they did a great job providing a seamless way to switch from an ABC broadcast to a Netflix stream.

Google TV did, however, fail, and for a variety of reasons, one of them was that crazy remote. Gigaom, in a blog post, said:

“Sony’s Google TV devices introduced a monster of a remote control that had no fewer than 80 buttons.“ Apple, on the other hand, had seven. 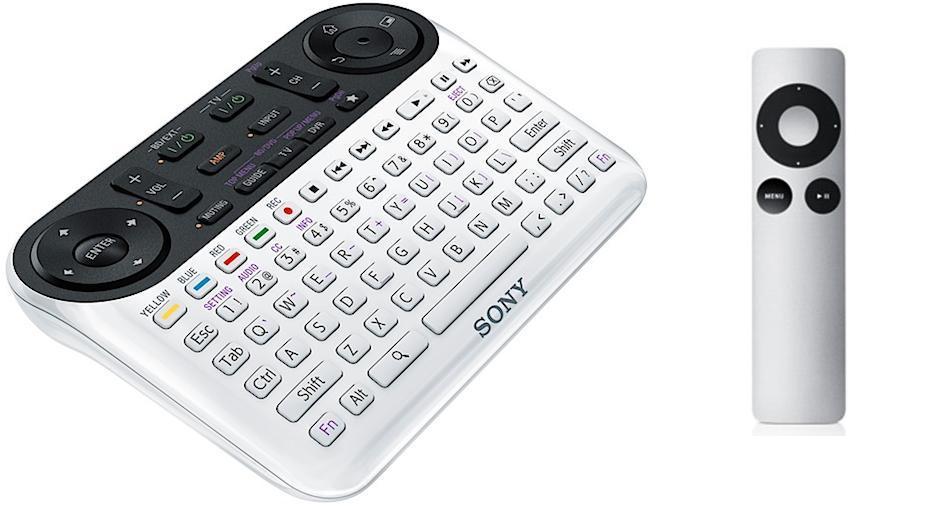 The remote is largely based on the industrial design interface of the first generation iPod Shuffle. That click wheel-like circle is one of the iPod’s design fundamentals that has brought the device in so many pockets. The remote has buttons for Menu, Play / Pause, Volume Up, Volume Down, Previous / Rewind, Next / Fast-forward, and a central select button. The Apple Remote was originally designed to interact with Front Row in the iMac G5 and is also compatible with the MacBook and MacBook Pro. Mac Mini support was added later in 2006, and the Apple TV ships with it since 2007. 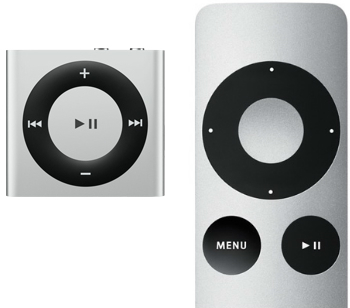 All said, the Apple Remote is gorgeous. It’s incredibly thin and light, has a rounded shape, and is just beautiful because it’s simple. This aluminium version was released along with the 27 inch aluminum iMacs and Magic Mouse in October 2009.

Apple didn’t, however, incorporate the click wheel in the remote. From a completely user-oriented view, the very reason the click wheel got popular in the first place was that it made life simpler. Apple TV is giving us the option to control nearly all the media we have on our computers—which includes thousands of songs, movies, and pictures—but it lacks that “revolutionary user interface” Steve Jobs talked about.

When the original iPod was introduced in 2010, it was a revolution of itself. Apple introduced a product that would later change the music industry completely, and one of its most significant features was the click wheel navigation component. Chris Anderson, Lead Developer of .NET at Microsoft, said:

“I couldn’t resist anymore. The Industrial Design on the this thing is absolutely amazing. The usability of the device is light-years beyond anything else I’ve seen.”

Thought the iPod Classic is currently the only iPod with the click wheel that’s still marketed and sold, it gives you that “feel” you receive when you use an Apple product. If Apple incorporated the click wheel, the user would get that same “feel” on another device, which would give it a unified and consistent experience, not just a consistent design language. After all, an experience lies in so much more than just design.

Keeping the iPod aside, there’s another place Apple seemed to find inspiration for its remote. I’ll give you hint: rotate it 180°. It now looks like those 1980s’ pedestal speakers from Sony. I think the inspiration from classic speakers signifies—in the fundamental form—love for music (or rather, media), which Apple TV and Apple Remote are all about.

Yet, of course, the probability of the Remote being one-piece was very low. Turns out, it’s not a single piece. The result of Apple’s clever engineering is visible when you just a magnifying glass and observe really closely (and I mean really very closely). A faint line visible in parts is (in)visible on the side, thus bringing me to the conclusion that Foxconn developed the remote in two parts to incorporate the circuit, and then later machined them together.

Apple’s Remote is just another example of the company’s emphasis on designing elegant and easy-to-use solutions. Apple always seems to think that a killer graphical interface is enough to enable consumers to easily access and control.

And again, they’re not wrong.