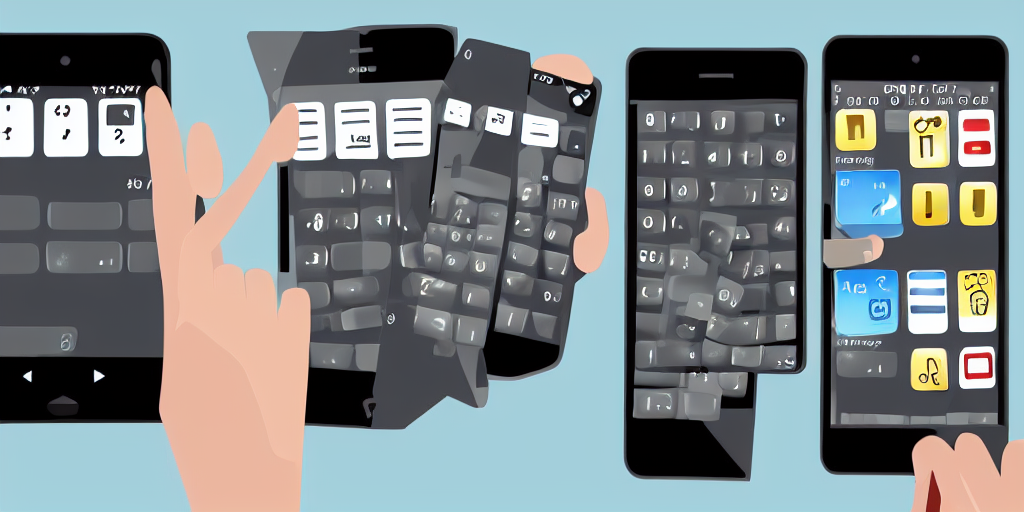 Disclaimer: I wrote this article for the Fleksy Blog and they provided me with the premium version of the app, which, for the record, is worth the $3.99.

A couple of days ago, one of my friends asked me to try out a new keyboard called Fleksy. I had never heard its name before, but since he was so excited about it, I decided to give it a try. Soon, I installed it on my phone.

And then, my whole tying experience changed. But before I get into that, I’ll let you know that I was using Swype. And I have it uninstalled now.

It was Swype that originally gave us the gesture-based typing feature (and they’ve got a patent for that!) which is found on a majority of keyboards today, including SwiftKey and Google Keyboard, and I respect it for its incremental contributions. It single-handedly changed the entire market of custom keyboards for touch displays. And as amazing as gesture-based typing is, not everyone can love it. Unless you know where a letter is, you really can’t make use of it. Or if you’re blind, can’t read small print, or have a similar disability, there’s no use of gesture-based typing for you. I do, however, also understand that there is no denying the fact that the given keyboards are great standalone keyboards for your Android device, but Fleksy opens a new sea of endless possibilities.

It works like magic. Fleksy’s got amazing prediction technologies using something they call “Geometric Intelligence,” which basically means that instead of looking at the letters which you press, it looks at the location where you press them. So, if you want to press ‘H,‘ but you pressed ‘G’ or ‘J’ by mistake, it doesn’t matter. So much so, that even if all the letters in a word which you’ve typed are wrong, Fleksy would still correctly predict the word.

It works with really cool gestures, but not the conventional ones. For deleting a word, you just swipe left, and to change the prediction to the next possible word, you just swipe to bottom. Similarly, a swipe top would add the word to your dictionary, and there are many other gestures available. You just double space for punctuation, and then swipe bottom to change it. So, press space twice for a period, swipe bottom for a comma, and again for a question mark. It’s that simple.

You can see more of your screen, because Fleksy takes up very little space. You can customize the font sizes to small, like I have, to have the majority of your screen for viewing what’s happening. This is a very useful UI feature when you’re using apps like WhatsApp and you receive a new message while typing. Fleksy has really increased my productivity. I can type very fast while replying to clients’ mails without worrying about making errors.

Language support is a little off, thought. I use Hindi words in my language quite often, and I have to add them to Fleksy’s dictionary. That’s working out for me pretty cool, but their team members told me that they’re adding more languages very soon. Fleksy only supports English, Spanish, German, Italian, French, Portuguese and Dutch for now.

It’s beautiful. That’s one of the features that is terribly overlooked in other keyboards like SwiftKey. Some of the themes present in that app are just dreadful, to be frank. On the other hand, Fleksy is aesthetically pleasing. It’s simple, beautiful, and just works the way you’d want it to. Its clean interface is exactly what a perfect keyboard should be. Nothing that’s there shouldn’t be there. And with the addition of different themes, I keep changing my keyboard every week.

I think the most unique and amazing feature of Fleksy is its Transparent Mode. Literally, it’s a transparent mode. You’ll be able to see your entire screen, but your keyboard will be open somewhere; it just won’t be visible. You can still type, and it would predict just as accurately. You’ll need just a little clue of what letter is where, but once you’re good with typing, you won’t have a problem with this. This is magical, and is what could be the future of on-screen typing.

All in all, this is the best darn keyboard I’ve ever used!

Update (September 26, 2014): It’s been more than six months since the time I started using, and it’s still my primary keyboard. I think this is the best keyboard out there, even today. And with iOS 8, the possibilities of different keyboards is now cross-platform. Let’s see what iOS users get out of Fleksy.