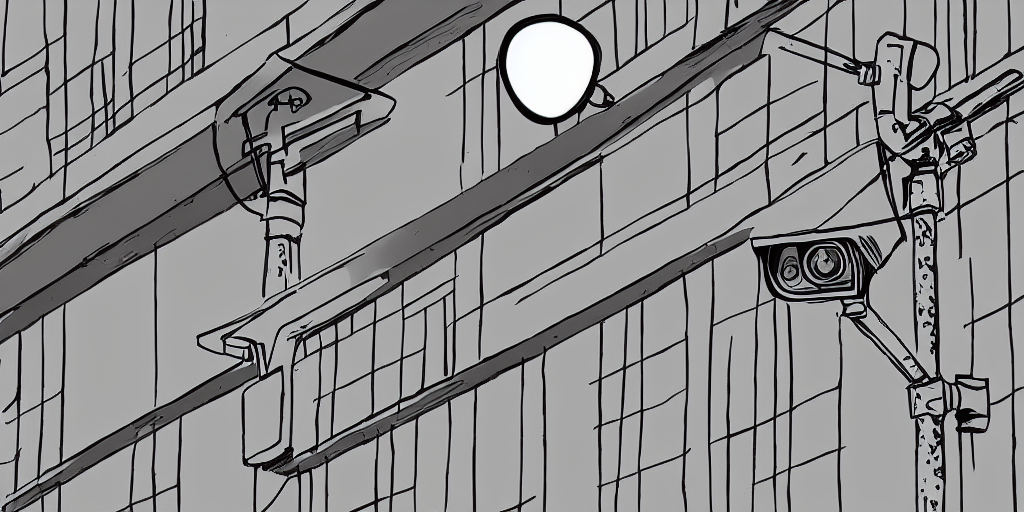 “Doublethink means the power of holding two contradictory beliefs in one’s mind simultaneously, and accepting both of them.” Maybe Orwell was right, just a few decades wrong. One of the beliefs, the internet is free, and one of them, the United States Government controls the internet. It’s happening, and it’s happening now!

I’ve figured it all out—it’s all about power—and information is power. For example, in those countries with a breakthrough coup d’état, when military guys overthrow the government using physical force, the first thing they do it take over the media. They take over the television, newspapers, and even tap phones and messages. Why do they do that?

People can simply use electricity. They do not need to worry where the electricity is from, how it is generated, or transported. At the end of the month, they will get a bill for the amount of electricity they consumed. The idea behind cloud computing is similar: The user can simply use storage, computing power, or specially crafted development environments, without having to worry how these work internally. Cloud computing is a systems architecture model for Internet-based computing. It is the development and use of computer technology on the internet.

So let’s consider the Big Five—Google, Microsoft, Apple, Yahoo!, and Amazon—who all offer cloud services. Google Drive, Apple’s iCloud, and Amazon Cloud Drive gives you 5GB, and Microsoft SkyDrive gives you 7GB, and Yahoo!’s image and video hosting site, Flickr gives you an astonishing 1 TB to host your photos and videos, and that too, for free!

(P.S.: Note that all of these five are American companies.)

Let’s consider another story now: The United States and Pakistan have had a love-hate relationship with each-other since a few years now (after al-Qaeda attacks, their relationship has been heavily harmed). Let’s say a citizen of Pakistan wants a visa to the Unites States; she just wants to go for a leisure trip in her holidays.

She has an aunt who lives in California since just over twenty years. While in the embassy, the American representative asks her a few questions, and, of course, checks her records. Let’s just hypothetically say that the US Government can access the information stored in those cloud-providing web-services; after all, they are in their physical boundaries. The American representative checks his records, and they’re almost clean, expect for a few “red marks;” he finds that a few years ago, the soon-to-be traveller once Googled ‘bomb,’ has a couple of songs in her Cloud Drive which aren’t ideal, and has an unidentified blueprint stored in her iCloud. He immediately declines her application, to which she explains that the search was purely educational, the songs were entertainment, and the blueprint was for a wireless-communications device. “Next,” he shouts, and the young woman leaves discontented.

Well, the American representative is not wrong, for he is just (apparently) helping his country; maybe that woman was actually a terrorist; after all, she had a “blueprint” with her and she Googled ‘bomb’ sometime back in 2008.

This was just a hypothetical situation, and the odds are that this is never happening, though it’s a great example of what can, and will happen if a single body has access to all of your information. And that’s what’s happening right now.

I only want to remind you that all of your personal information, your credit card information, the pictures you posted on Facebook, that anti-American tweet you retweeted last week, those “anonymous” comments you wrote on YouTube, and all those videos you watched late at night are not so anonymous to them, no matter what your privacy setting is. Furthermore, they’re showing you framed rebellions (remember SOPA and PIPA?), telling you that the internet is free. They’re showing you targeted ads using your own emails and files you’ve saved in their cloud.

Oh, wait, there’s more. They’re not just limited to their own physical boundaries. The US Government’s attack on the popular cloud storage service Megaupload and the dramatized arrest of Kim Dotcom, the company’s principal founder—together with the seizure of all their worldwide assets—represents one of the clearest examples of prosecutorial overreach in recent history.

The Government, at its core, wants to hold Megaupload criminally responsible for the acts of third party cloud storage users and such mass secondary copyright infringement cannot be found in any federal criminal statute. In essence the Government is attempting to use “civil law” claims in a criminal prosecution context which is not permitted. Allegations made by the US that Megaupload did not have significant capabilities to store private content long term are false. The US apparently wants to delete Megaupload server data evidence that will demonstrate the falsity of the Government allegations.

The New Zealand court found that the police used an illegal search warrant to confiscate hard drives and other materials from Kim Dotcom and further found that the FBI violated the law when they took hard drive data outside of New Zealand without authorization. And what is it that the court could do against the FBI? Well, you guessed it, nothing.

Jerrold Nadler, a New York Democrat, told us last week that if the NSA wants to listen to any phone-calls, an analyst’s decision is sufficient, without any other legal authorization required. Because the same legal standards that apply to phone calls also apply to e-mail messages, text messages, and instant messages, Nadler’s disclosure indicates the NSA analysts could also access the contents of Internet communications without going before a court and seeking approval.

Facebook, yesterday, said that they received 9,000-10,000 requests for user data from US government entities in the second half of 2012. The social-networking site said the requests, relating to between 18,000 and 19,000 accounts, covered issues from local crime to national security. Microsoft, meanwhile, said they received 6,000 and 7,000 requests for data from between 31,000 and 32,000 accounts. Internet companies—including Facebook, Google, Yahoo, Apple and Microsoft—were reported last week to have granted the National Security Agency (NSA) “direct access” to their servers under a data collection program called PRISM.

“Transparency alone may not be enough to restore public confidence, but it’s a great place to start.” – John Frank, Microsoft VP of Legal & Corporate Affairs

PRISM is a system the NSA uses to gain access to the private communications of users of nine popular Internet services. Access is governed by Section 702 of the Foreign Intelligence Surveillance Act, which was enacted in 2008. Director of National Intelligence James Clapper tacitly admitted PRISM’s existence in a blog post last Thursday. A classified presentation leaked by Edward Snowden states that PRISM enables “collection directly from the servers” of Microsoft, Yahoo, Google, Facebook and other online companies.

“I think it’s not acceptable for the (National Security Agency) to spy” on everyone, said Patrick Cheung, who has been upset by claims former NSA contractor Snowden made about the agency’s data gathering from US-based Internet firms, “It’s our right to have our privacy protected.

The United States Government is spying on everyone as of right now.

“No one shall be subjected to arbitrary interference with his privacy, family, home or correspondence. Everyone has the right to the protection of the law against such interference.” – Universal Declaration of Human Rights, Article 12

According to the United States, wrong.